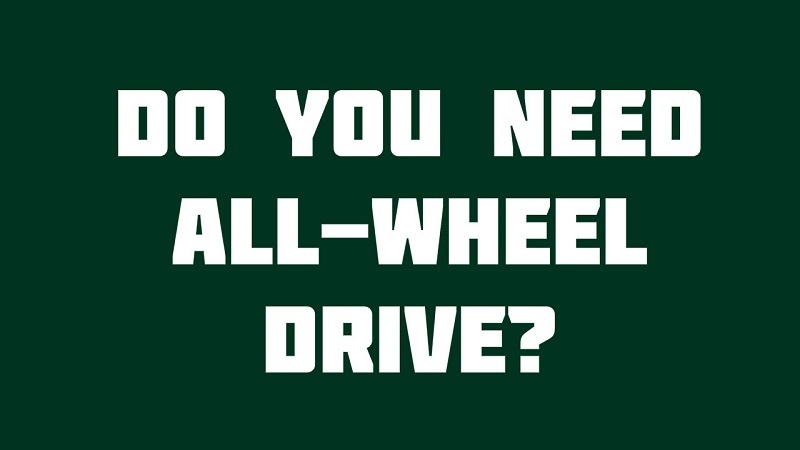 To the nearsighted moron who came up with the term “All-Wheel Drive”,

Way to pick a name that immediately confuses everyone who ever reads it. It sounds no different from its competitor, Four-Wheel Drive, since there are four wheels on every All-Wheel Drive vehicle. You’re a nimrod.

What is All-Wheel Drive? (or AWD)

What’s confusing is that Four-Wheel Drive vehicles basically do the same thing. However, the difference between the two is that, for the most part, AWD remains active all the time, while 4WD is turned on or off as the driver sees fit.

AWD can’t match the same level of traction that a 4WD vehicle can, but it’s a system that requires little to no effort from the driver, AWD vehicles typically get better fuel economy than 4WD models, and they’re lighter.

How Does All-Wheel Drive Work?

The biggest difference between how AWD and 4WD work, is that the All-Wheel Drive vehicle employs front, rear, AND center differentials with its transfer case.

So even though it’s not distributing as much torque, it’s better at deciding which wheels need torque.

Do You Need an All-Wheel Drive Vehicle?

If you’re the type of person who plans on driving through difficult off-road conditions like mud, rocks, or slippery hills, then All-Wheel Drive is probably not the way to go. That’s 4WD’s jam.

If you’re more of a city driver who encounters snow, ice, or even gravel roads, then All-Wheel Drive is probably the way to go.

Do you prefer AWD over 4WD? What’s your favorite AWD vehicle? Do you have any advice for prospective AWD drivers? Let us know in the comments!

AWD vs 4WD: Which Should You Be Driving? More