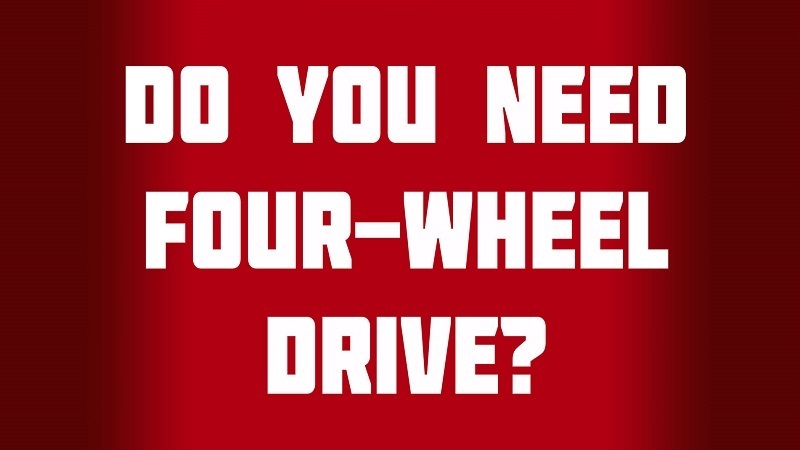 Four-Wheel Drive vehicles are specifically designed to conquer poor or off-road conditions, such as:

While most vehicles rely on sending torque (or, power) to just two wheels, Four-Wheel Drive vehicles allow all four wheels to receive torque from the engine at the same time. While this leads to poorer fuel economy and a heavier vehicle, the trade-off is being able to tackle even the most difficult conditions.

How Does Four-Wheel Drive Work?

In muddy, snowy, or rocky conditions, you can switch to four-wheel control in order to gain much needed extra traction. If Four-Wheel Drive was active all the time, the poor fuel economy would render it obsolete. Luckily, you get to decide when and where to take advantage of it.

Here’s how it works.

When the driver switches to Four-Wheel Drive, the power from the transmission gets sent to what’s called the transfer case. This splits the power (or transfers it) to both the front and rear axles so that you can get maximum torque out of all four wheels. This means double the surface area, double the traction, double the power and control.

What does this mean during slippery or off-road conditions?

Snow – It’s hard for a Two-Wheel Drive vehicle to push itself through snow because the traction available is limited. With only two wheels doing the work, there simply isn’t enough torque available once the wheels start slipping. With 4WD vehicles, you have twice the surface area and twice the power, making it twice as easy to avoid (or correct) snowy slides.

Off-Road – If you’re driving off-road, you’re probably going to run into situations that decrease traction (like driving through water or mud). Luckily, Four-Wheel Drive vehicles offer that extra boost of power and traction to allow you to drive through rivers, mud, and over big rocks. In short, they help get you out of trouble.

Do You Need a Four-Wheel Drive Vehicle?

If you’re the type of person who uses their vehicle for city driving, you probably don’t need a Four-Wheel Drive vehicle. But if you like to put yourself in more adventurous scenarios, Four-Wheel Drive is probably the way to go.

What’s your favorite 4WD vehicle? Where do you use it, and how does it help? Do you have any tips or tricks for new (or prospective) 4WD drivers?

What is All-Wheel Drive? Do You Need It? More

AWD vs 4WD: Which Should You Be Driving? More