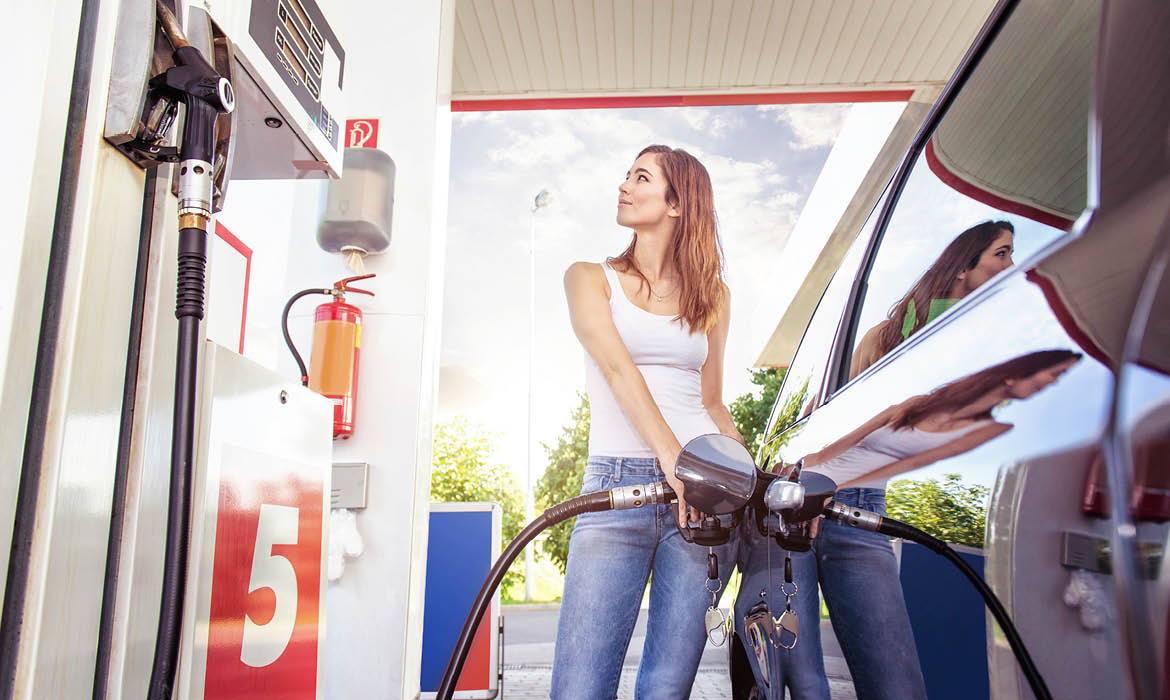 We all do it: we pull up to the pump, reach for the Regular nozzle, and fill up without asking ourselves a few important questions:

For most of us, we see the lowest price and don’t think twice. Besides, most cars are “regular” cars, aren’t they? If a car costs less than 50 grand, it probably doesn’t require Premium gas, right?

Today, that’s what we want to help you figure out.

We’re going to look into the difference between Regular and Premium fuel, and help you decide on which one you should be using. We’ll also debunk a couple of myths commonly associated with gasoline, and finally, hook you up with some easy tips on how to be as fuel efficient as possible!

So let’s get into it.

Regular or Premium: What Do they Mean?

Most gas stations offer three grades of gasoline: Regular, Mid-grade, and Premium. These grades are differentiated by the amount of octane. Most often, Regular is 87 octane, Mid-grade is 89 octane, and Premium is 91 or 93 octane. Octane ratings indicate the gasoline’s resistance to pre-ignition.

But what the hell does that even mean?

In the simplest sense, your engine works by compressing a mixture of fuel and air together. Once compressed, it’s then ignited by a spark. If you want more power from your engine, you need to increase the compression of the fuel-air mixture before you burn it.

Pre-ignition occurs when these higher compression ratios cause your engine to ignite prematurely. So, higher octane means less chance of pre-ignition. Since Premium gas has the highest octane number, it gives the best chance of avoiding pre-ignition.

If you were driving back in the ‘70’s, you probably knew that pre-ignition could cause serious damage to your engine. Today, engines have sensors that detect pre-ignition (referred to commonly as knock sensors). When they sense pre-ignition is about to happen, they re calibrate the engine to avoid it. If it does happen, it’s still bad for your engine but it’s much less likely to occur in 2016.

Since pre-ignition is much less of a threat today than it used to be, the next question becomes …

Which Fuel Grade Should You Use?

This doesn’t have to be overly complicated: you only have to use premium grade gas if your vehicle’s manual recommends it.

Also, if your car is old and I mean REALLY old (1978-ish or earlier), you may want to use 89 octane gas or better.Otherwise, if your car was made in the 80’s and up, use whatever fuel is recommended in the manual. These days, most cars are designed with a lower compression ratio, so low octane gas will work just fine.

Realistically though, few cars actually require premium gasoline now. Its usually the luxury vehicles that do (although there are some that don’t, like the Cadillac STS).

If your car was made to run on regular, there is essentially no benefit to using premium. The extra defense against pre-ignition isn’t necessary, so you’re basically just paying more for nothing at all.

Despite what oil companies would have you believe, higher octane gas does not produce more energy.

What Happens When Premium Fuel is Used Unnecessarily?

If you use Regular gas in an engine that requires Premium: although engine damage is very unlikely, it could still happen. At the very least, your engine will produce less power and you’ll get lower gas mileage. But relax, your car won’t explode into a thousand pieces while you’re cruising down the highway.

If you use Mid-Grade or Premium in an engine that requires Regular: there are no adverse effects to your engine, but you’ll be spending more money than you need to be.

Don’t be fooled. Gasoline companies often advertise that they put special additives in their more expensive (Premium) gasoline options. In reality, all gasoline types have detergents in them to keep your fuel system clean. Even the regular stuff.

If your car’s manual indicates that Premium fuel is required, then that’s what you should buy. In the end, though, even if you put Regular in your tank, you’re not really saving yourself any money. Your car won’t be operating at its optimal level which means you’ll be making more trips to the pump.

The Best Time to Service Your Car More

8 Helpful Driving Apps That Are Free to Use More