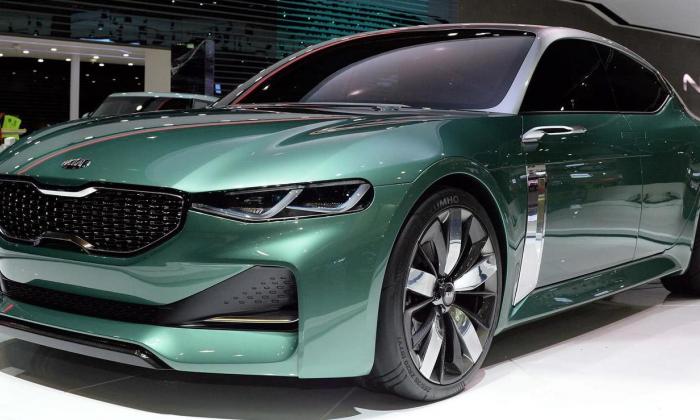 What vehicle do YOU think of when someone says small, sexy sports sedan? Probably a BMW, right? Well, for most people, that’s exactly what comes to mind. The BMW 3 Series is notoriously recognized as the go-to choice for most sports sedan drivers. That might all be changing though, with a little help from Kia.

The Korean based automakers plan to launch their first ever sports sedan next year, a source has reportedly told Reuters. Code-named “CK,” the sedan will launch in May 2017 and will have a targeted annual output of 60,000 vehicles. CK is intended to tackle the BMW 4 Series and Audi A5 head on, and will sport a 2.0, 2.2 and 3.0 liter engine as options.

Shifting To a More Luxurious Image

The move makes sense for Kia, whose been working on shifting the company’s image from that of a small, compact economy car distributor to one of sportiness and luxury. The CK would most likely receive some help from the Hyundai Corporation (which owns 34 percent of Kia) too.

Hyundai’s recently spun-off Genesis brand is also expected to include a sportier model. Both vehicles will be the first compact sports sedan from either automaker. According to Yahoo Finance, sharing the same platform could “make both the CK and any Hyundai sister-products much more cost-effective to build.”

No word yet on a potential price point, however.

Rumor has it that the new sedan will be made at the Kia factory near Seol and it will be smaller than Hyundai’s midsize Genesis Coupe. Nothing has been directly confirmed from the Korean company however. So until then, like the rest of the world, we’ll just have to wait and see what happens.

It does make for exciting times in the sports sedan world though! And hey, there’s nothing wrong with a little healthy competition, right BMW?

We’ll be sure to keep you up-to-date as more information circulates.

The Honda Accord: A Mid-Sized Best-Seller More

Are You a Truck, SUV or Car Person? Take Our Quiz More