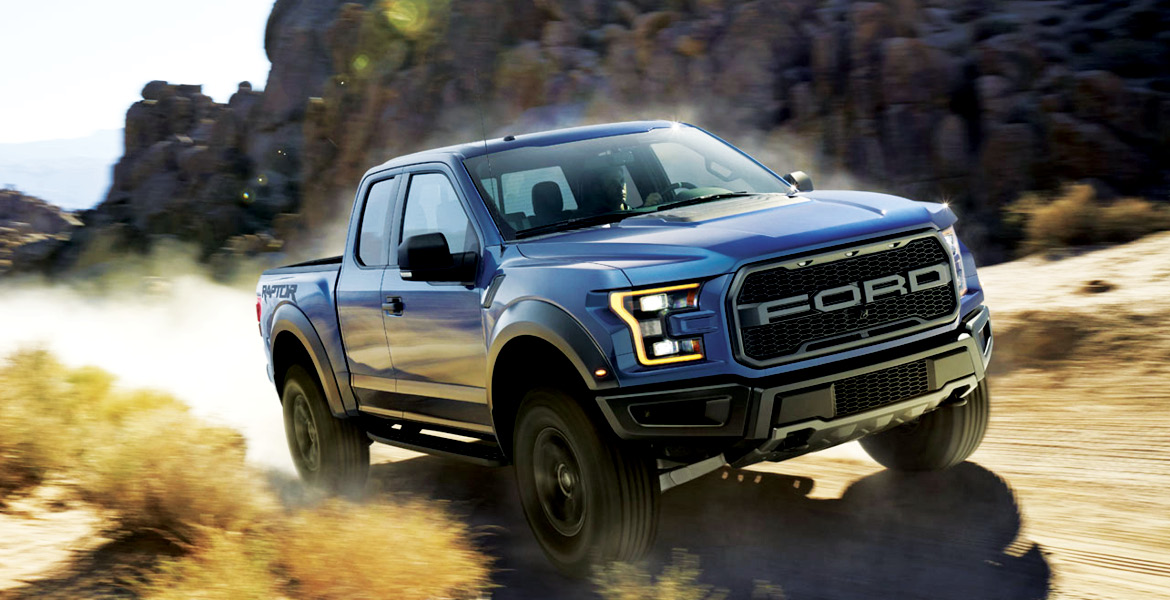 Ford Performance released a promo video for their new 2017 F-150 Raptor this past Monday and it’s about as subtle as a kick to the face.

In the shot, the automaker’s new ride is seen destroying a desert full of dirt, dust, and sand at an aggressive 140 kilometers per hour. Coupled with some climatic drum rolls and a few swooping aerial shots, the video is 51 seconds of boastful, off-roading advertising.

The video is the first in a six-part series, all in an attempt to back up Ford’s statement that the new raptor is its “toughest, smartest, and most capable F-150 Raptor ever.”

After watching it, it’s hard not to agree.

The new Raptor sports a twin-turbocharged 3.5-liter V6 EcoBoost engine, which improves on the trucks 2010 predecessor in terms of overall horsepower and torque. According to Ford, the new engine is four pounds lighter and has direct and port fuel injection, new cylinder heads and a new valvetrain.

There are a couple of just-for-the-eyes visual upgrades, too. The bumpers have been tucked at both ends and the fender flares have been upgraded, giving the Raptor a much more rugged appearance.The new truck is also made out of military grade, aluminum alloy, which makes it 500 pounds lighter than before. And that’s still with it’s all-new formidable, high-strength steel frame.

Plus, it looks like it’s just a hell-of-a-good-time to drive.

It appears Ford may have backed up its claims after all. Want to see for yourself? Check out the video.

Want to be one of the first people in Alberta to own the new Raptor? Go Auto has eight Ford Dealerships in its extensive ownership group. Chat with our Happy to Help team about test driving one or call 780.777.7777.