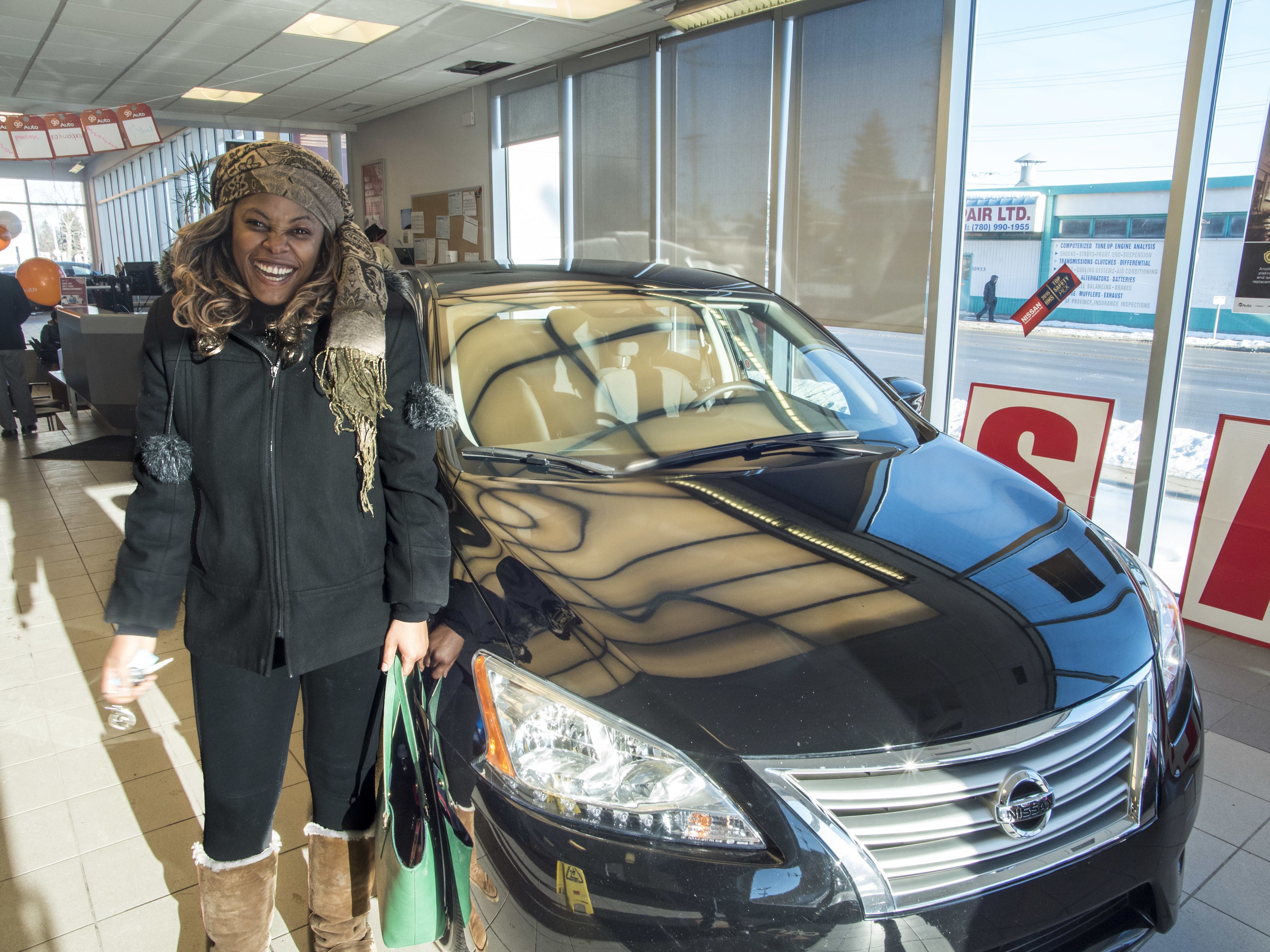 In 2016, we’re upping the ante with the Car-A-Week Giveaway.

Go Auto is going to be giving away a vehicle every single week this year. That’s 52 winners, of 52 free vehicles, in 52 weeks. Everyone who buys a vehicle — cars, trucks, vans, SUVs, RVs, boats — from one of Go Auto’s 36 participating dealerships* in 2016 will be entered to win their purchase the following Monday.

We drew our first winner, Viviane Nies, on January 11th. She was looking to save a little money on her purchase, so she bought a 2013 Nissan Sentra from Ericksen Nissan valued at $13,644. Little did she know that she was going to be bringing it home for less than a cup of coffee after General Manager Matt Neveu presented her with a cheque for the entire value of the car.

She can use it to pay off her vehicle, she can use it toward a new vehicle if she wants to trade up, or she can take the money and run and spend it on anything she wants. The world is Viviane’s oyster!

To see Viviane’s reaction, watch the video above. Needless to say, she was more than a little excited. And surprised. And overwhelmed. All the feelings, really.

At Go Auto, we’ve made a habit of giving away vehicles over the last two years. We gave away 30 vehicles in both 2013 and 2014 during our Car-A-Day Giveaway. During that promotion we gave away a vehicle a day for an entire month (twice), which amounted to nearly $2 million dollars worth of free vehicle.

This year we’re going bigger and better with 52 winners spread across an entire year. When you’re ready to purchase a vehicle in 2016, why buy from anywhere but Go Auto. You’ll receive all the great benefits of being a Go Auto shopper — like free lifetime engine warranties, no extra fees, fixed-commission salespeople, and more — plus you’ll have a chance to win your purchase! It’s a win/win.

If you’re in the market for a new vehicle, you could be next! To learn more, visit Car-A-Week at GoAuto.ca and get started, today.

*Purchases at Jaguar-Land Rover Edmonton and Porsche Centre Edmonton are not eligible.