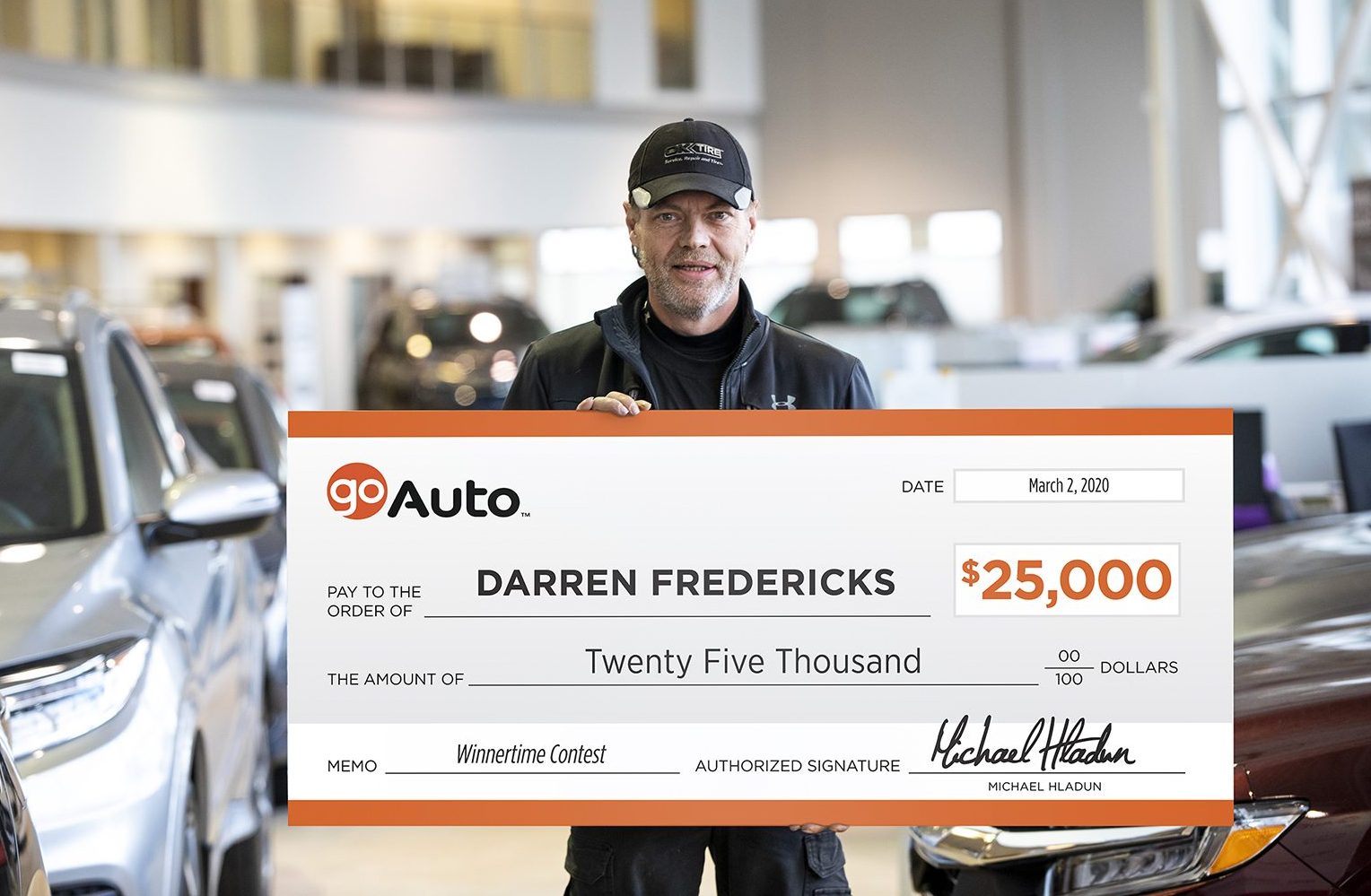 When Edmonton’s Darren Fredericks found out that he had won $25,000 in Go Auto’s Winnertime contest, he was speechless to say the least.

“I thought someone was pulling my leg, to be honest,” he said. “But after a few minutes it became pretty clear that this was the real thing. I’m still trying to get my head around it.”

Fredericks now gets to warm his pockets with $25,000 in cold hard cash. With it, he plans to pay some bills and do some investing. “But right now I’ll take some time to think about it. I don’t really want to make any decisions right now. [25 grand] is a lot of money, so you want to make sure you make the most of it.”

Not a bad problem to have, considering he just randomly came across the enter-to-win contest in his Facebook feed. “You can’t win if you don’t enter, right? That’s pretty much all I thought about it. Didn’t think too much about it after I entered. Now here we are!”

It was actually Fredericks’ third time entering a Go Auto contest. He joins dozens of other Go Auto winners, who have combined to win over $400,000 since 2016.

Has he told anyone yet? Just the guys at work. Chances are, he says, he’ll try to keep quiet.

“I still can’t believe it. I usually don’t win anything. I’ve certainly never won anything of this size before. It’s just … amazing news.”

Want to Be Our Next Contest Winner?

The next big Go Auto contest will be kicking off in April!

If you want to sign up to be notified when the contest starts, you can do so by clicking here.