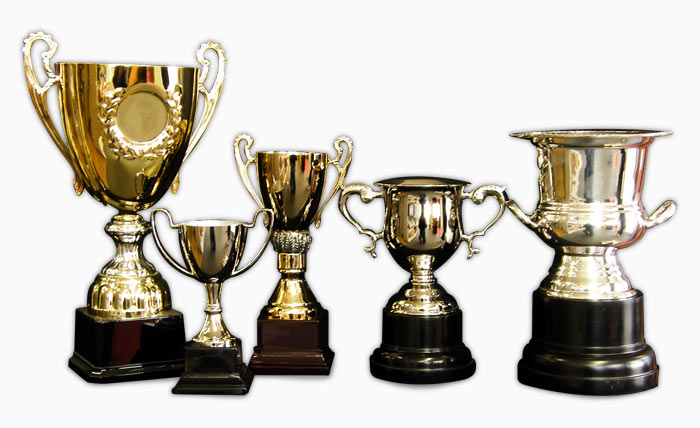 You want to sell your car.

You’ve thought about it for awhile and it’s finally time to upgrade into something new.

There could be lots of reasons for the switch. Mid-life crisis. New baby on board. You woke up one day and decided that you just don’t like the color red anymore.

Everyone’s reasons will be different. But in the end, we all want the same thing.

That’s why a cars resale value is so important. The higher it is, means the more cash for you.

The CanadianBlackBook.com (CBB) is the ultimate guide when it comes to determining which vehicles on the market have the highest resale value. And just last month, they released the winners of their 2016 “Best Retained Value” Awards.

We’ve recapped who the winners are and why they won. So pay attention…

It could save you money!

We’ve broken down 16 of the 20 categories for you below. For the vehicles that are still in production, we’ve included information on their latest (2016) models, including their starting price and overall fuel efficiency. All the 2016 versions improve on their already excellent predecessors.

So without further ado, here are the winners of this year’s CBB’s “Best Retained Value” awards ceremony.

This will be the fifth consecutive win for the Honda Fit in the sub-compact segment. There’s a lot of major pluses about this vehicle, but perhaps none as big as its interior. Pun intended. The Fit hosts a spacious inside, providing room for multiple passengers and a lot of cargo.

What makes it so spacious? Probably its adaptable rear seats that flip and fold over, allowing you to carry anything from groceries to hockey equipment. The Fit isn’t just roomy either. It’s durable, extremely fuel-efficient and just plain fun to drive.

Used car buyers take note – The Fit is the total package with a strong resale value.

The 2016 version hosts the same space in addition to new, innovative technologies, including a 7″ Display Audio System with HondaLink™ Next Generation, a multi-angle rearview camera and text message capabilities.

This is probably one of Canada’s most competitive segments, so a win here is a huge accomplishment.

Because it’s a hybrid, the Toyota Prius V is considered super eco-friendly. Additional factors that contribute to the Prius’s superior fuel economy are its aerodynamic design and “Eco” driving mode. The Prius Plug-in Hybrid uses a lithium-ion battery that can be recharged in 3 hours via a standard power outlet or half that time on a 240-volt line.

It also has the space and flexibility of a wagon. The rear seats split 60/40 and fold flat to handle all your cargo. It’s sophisticated styling and versatility put it at the top of the Canadian Black Book’s Best Retained Value list.

Toyota has finally taken the mid-size car segment’s top spot with the Camry. This is due to the fact that the demand for used Camry models has significantly driven up its resale value over the last few years. Most models come with a simple central touchscreen which allows you to control audio, phone and car information as well as Bluetooth technology and an audio system with iPod integration.

It’s an everyday day car at an affordable price.

The 2016 Camry steps up its game even further, providing great value with excellent features (including projector style halogen headlamps). If Toyota continues to make Camry’s this innovative, it will do well for years to come.

The Dodge Charger takes the top spot in this year’s full-size car segment for a number of reasons. First, its styling is evocative of the muscle car coupe, a huge nostalgic attraction for many. Don’t forget about those signature LED racetrack taillamps either. Also the Charger comes with a variety of engine options, including a V6 version with good fuel economy and an aggressively powerful V8 model.

It’s an exclusive segment with few options, but the Volvo XC70 manages to set itself apart nonetheless. It’s spacious, luxurious and it blends two different sides of the spectrum: drivability and utility.

With a 250 horsepower engine and 266 lb.-ft of torque, it’s anything but soft. As well, it’s minimalistic design and focus on innovative technology (which centers around accessibility and ease) speaks to its distinctively Swedish roots. An obvious winner in the entry luxury car category.

Audi has once again bested itself in the Best Retained Value luxury car category (with the A7 beating out last year’s winner, the A5, for top spot).

The A7 offers a nostalgic look with it’s roofline slopes that have a clear, coupe-inspired theme. It also offers the functionality of a hatchback, an added bonus for owners. Combined, these two features make the A7 both stylish and versatile.

The 2016 version sports an athletically-styled cockpit, with a center console that leans towards the driver, ensuring optimal comfort for those lucky enough to own an Audi A7. It’s truly an impressive beast.

This segment normally calls for a three-box styling formula. Porsche intuitively avoided it with the Panamera.

What exactly does this mean? Well, the three-box style (one for the engine, one for the cabin and one for the trunk) is usually employed for sweeping, fastback profiles with a rear hatch. With the Panamera, Porche made the wings higher than the bonnet and added muscle at the rear. In doing so, they’ve managed to capture the traditional values of a luxury car while looking to the future with its outside-the-box design (literally). It differs from the competition in a calculated way that helps keep its retained value high.

The 2016 Challenger’s entry level model sports a 3.6L PentastarTM VVT V6 engine, which is a three-time winner of Ward‘s ’10 Best Engines’. It’s one of the main, if not most important, factors contributing to it’s overall success. However, the 2012 Challenger’s engine isn’t too shabby either (rocking a 5.7L V8 cyl). It’s a huge reason why it’s won twice in the Best Retained Value sports car category.

For the 2016 version, the cold-air induction system and dual exhausts help to generate more than 90 percent of the engine’s 268 lb-ft of torque, from 1,800 to 6,400 rpm, for instant responsiveness. The split grille, functional hood scoop and LED halo headlamps are also worth mentioning. Combined, they serve to give the Challenger that nostalgic, 1970’s sports car feel that people love.

It’s all about the “curve” with the Porsche Cayman. In an attempt to put passionate sports car lovers into a vehicle with a “compelling, mid-engine concept,” they’ve created the highly-successful Cayman, a complete variation from its predecessor, the 911.

Porsche has installed a series of innovative technologies in it’s 2016 models, including (and not limited to) Porsche Communication Management (PRM), Telephone module and Mobile phone preparation and a specialized anti-theft production.

The Wrangler is a force to be reckoned with. According to the CBB, not only did [the Jeep Wrangler] retain more than any other compact SUV and maintain the highest retained value of any vehicle this year, it had the highest rating they’d ever seen for a vehicle in the competition, ever (79% after four years).

Maybe you can attribute the Wrangler’s success to it’s best-in-class cargo capacity and unsurpassed towing capabilities (3,500 lbs). Maybe its it’s stylistic, rugged design (fender flares and 7-slot grille), its wash-out interior and removable doors. Maybe it’s the fact you can open the roof and enjoy the freedom of knowing you can take on any type of terrain out there.

Either way, it doesn’t really matter what the reasons are. Betting on the Wrangler is an almost sure-fire choice. The demand continues to grow and it’s a no-brainer #1 in the compact SUV category.

The FJ Cruiser sports a look that says “I mean business.” It’s a tough mudder with exceptional off-road capabilities. It was also sold in limited quantities in 2012 so there’s a huge desire for them in the marketplace. Although not everyone is looking for that rugged, tough exterior that this mid-sized SUV has, those that are, truly love the FJ Cruiser.

The Toyota Sequoia is a full-sized SUV that’s been tailor made for Canadians. While it is a workhorse and perfect for hauling goods, it’s also has a hospitable environment for its owners and their passengers.

The 2016 version comes in three distinctive 4WD platforms: the impressive SR5, the appealing Limited, and the 7-passenger Platinum. With a 5.7 L iForce V8 Engine in all standard models, there’s a power and durability there that appeals to people across the spectrum.

Audi is known for a few different things and always upping the anti is most definitely one of them. This segment is one of the fastest growing in Canada and although there are more and more choices to pick from, the Q5 continues to set itself apart from the pack.

It’s spacious and functional with an ascetically gorgeous interior. It’s gutsy performance and adaptable handling is due in part to its redefined 8-speed Tiptronic transmission (which enables spontaneous gear changes at any time). These factors all contribute to the Q5 returning to the top of it’s segment and winning the Best Retained Value award for a second time.

The Tacoma boasts a fuel efficient four-cylinder, an athletic hood scoop, a composite cargo box (which helps owners avoid the usual scrapes that often plague pickups with steel boxes) and an underbody air dam that reduces drag by up to 12 percent. It’s this combination of features, including Toyota’s excellent reputation that helps this truck stay ahead of the curve.

It’s very unusual you’ll meet a Tacoma owner that isn’t thoroughly satisfied with their choice. Trying to find a used one is like looking for a needle in a haystack and that in itself speaks volumes to both it’s superior capabilities and how much customers truly appreciate their worth.

This isn’t the first time the Tacoma’s won in this segment (it’s actually been crowned seven times) and it certainly wont be the last. It’s a true fan favorite.

The Odyssey is the van that changed everything for buyers interested in this segment. It made fold-in-floor seats an essential component in a minivan, with the third-row completely disappearing. As well, it packs a fuel-efficient punch with a 248-HP, 3.5 liter engine.

The stigma has always been that owning a van is lame. But if you ask anyone with one parked in their driveway, they’ll all say the same thing: being able to transport your children, sporting equipment, groceries and any other cargo you might have is anything but lame. Pair its spacious interior with Honda’s durable reputation and toss in a plethora of new features in the 2016 model and it’s no doubt that it will continue to win in the Best Retained Value minivan segment for years to come.

The Tundra continues its streak as number one in the Best Retained Value Awards full-size truck segment. It’s armed with superb towing capacity (4,760 kg (10,500 lb)) and offers you the choice of either a 4.6L or 5.7L beauty of an engine. The 2016 model offers a Regular, Double Cab, and CrewMax version as well, giving people a wide range of flexibility, depending on what their looking for.

Faced with competitors like the Chevrolet Silverado 1500 or the Ford F-150, the Tundra’s winning advantage is partially due to such a wide range of possible configurations (22 in total). Plus with Toyota’s reputation for durability, there’s no wonder its won in this segment year after year.

All of these vehicles won for clear reasons and all of them will earn you top dollar when it comes time to sell.

If you’re in the market for a new vehicle or looking to trade in, check the Go Auto website for a list of our 40 dealerships. Maybe take one for a test drive.