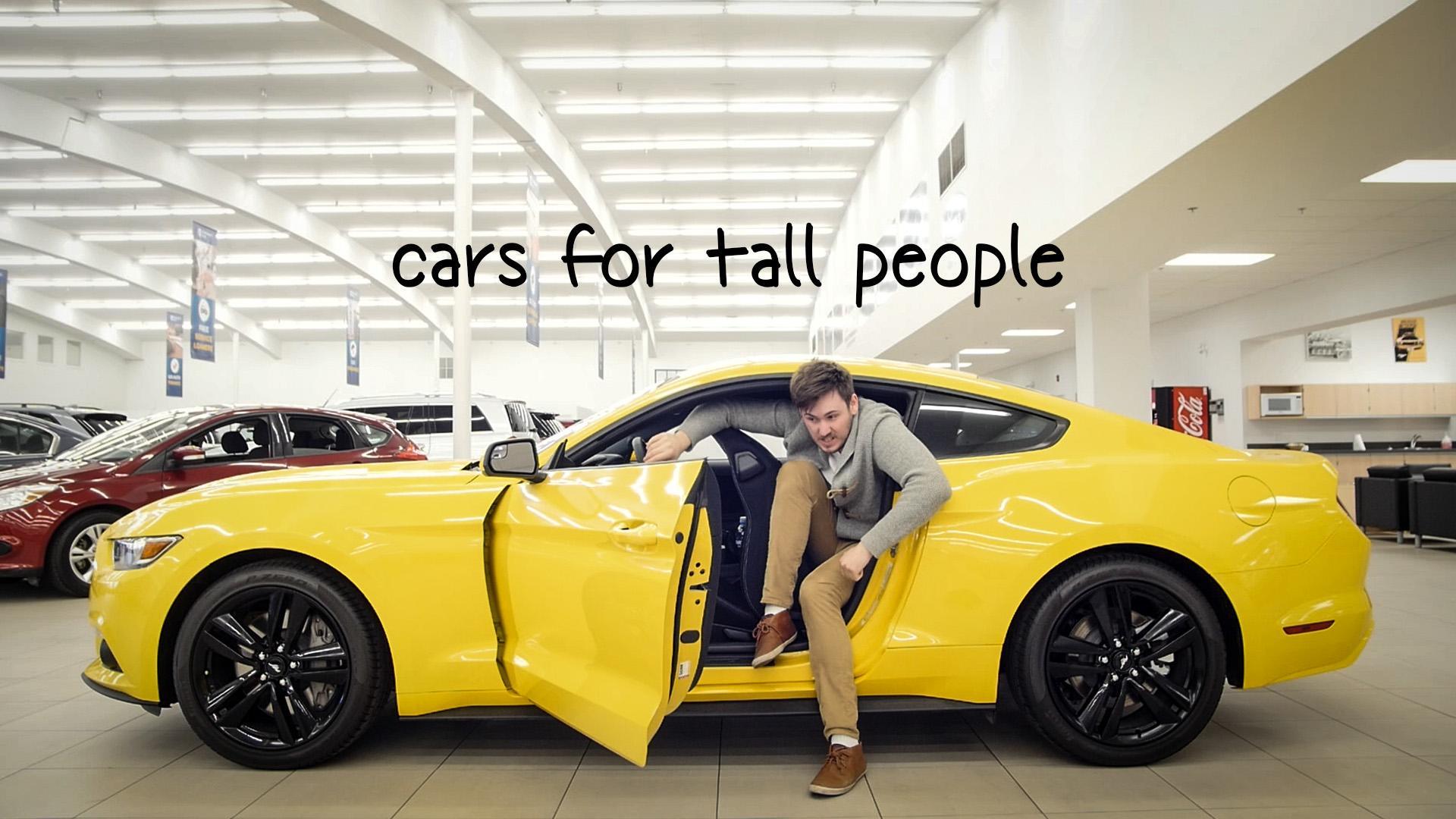 Do you have a hard time fitting your tall, lanky, Danny Tanner-like physique into your car? Don’t worry, you’re not alone. We’ve shot two videos–Cars for Tall People, and the cleverly titled Cars for Tall People 2–to help you decide which cars make sense for you as a freakish, giant person.

Almost 4 million people have watched our Cars for Tall People series so far. It’s easy to see why. More than 1.7 million Canadians are 6’4″ or taller, yet most car manufacturers design their vehicles for people 6’0″ or shorter. You can’t really blame them, they’re just playing the odds. But thankfully, there are lots of vehicles that work equally well for short and tall people alike.

So we put Go Auto’s Resident Tall Person, Cody (he’s 6’5″), to work testing a bunch of cars to see which ones work best for the vertically gifted (or challenged?).

Cars for Tall People … the Original

In our first Cars for Tall People video, we had Cody test out the three trickiest segments for string beans: Compact Cars, Sub-Compact Cars, and Sports Cars.

Cody lets us know what he liked, what he didn’t like, which vehicles were his favorites, and which ones you should avoid like the plague. Or a twin bed.

In Cars for Tall People, Cody tests out the following:

Cars for Tall People … the Sequel

The first Cars for Tall People video was such a hit (it has well over a million views) we figured we better do another one. So we rustled Cody out of bed to test out 15 more cars, in the same segments: Compacts, Sub-Compacts, and Sports Cars.

He got stuck in a few, lost his @$#% in a few more, but luckily found a few that worked really well for him. The thing about Cody is that he’s not just 6’5″. He’s a lanky 6’5″. He’s got legs for days, so that’s part of the trick for him: finding a vehicle that allows him to have, you know, knees.

In Cars for Tall People 2, Cody tests out the following:

We Tested 5 Small Cars that Fit a Hockey Bag More