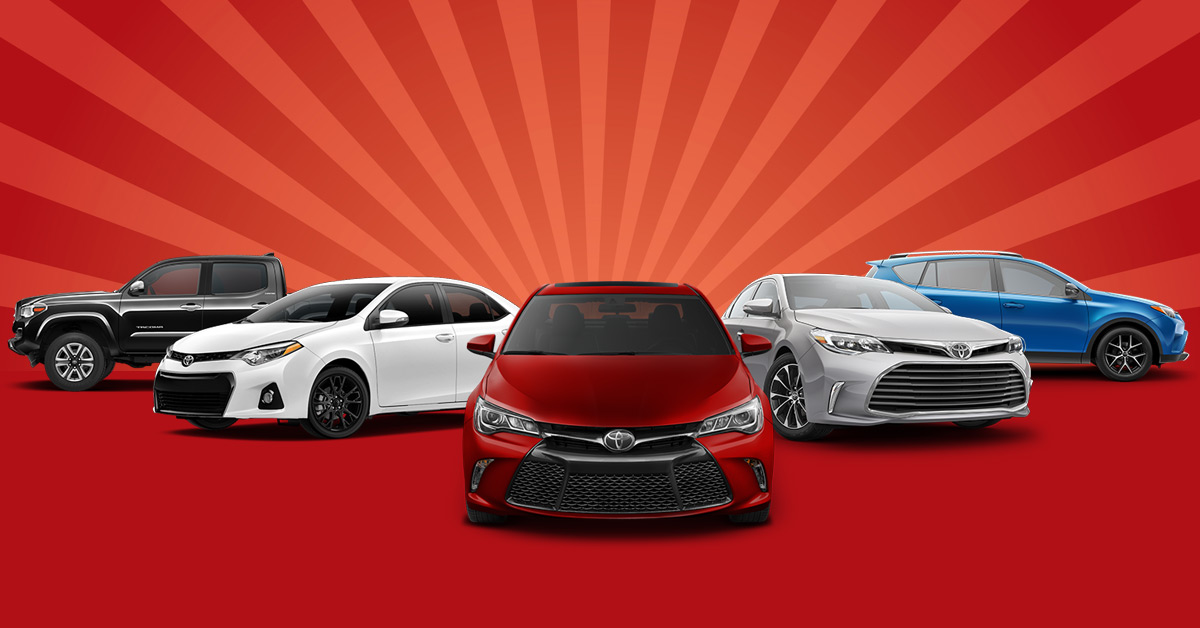 One brand with a long-standing reputation for building great vehicles is Toyota. With hundreds of awards under their belt and a wide selection of cars, SUVs and trucks to choose from, Toyota belongs on all buyers’ radars. To help make things easier, we’ve listed four of the biggest reasons why buying a Toyota this year might just be your best bet.

#1 Toyotas Have a High Resale Value

The reality is, you will most likely sell your vehicle at some point or another. That’s why it’s important to consider a vehicle’s resale value before you buy it. Because when that inevitable day comes and you want to sell your car, the higher the resale value is, the more money you’ll end up getting for it. Simple as that.

Toyota’s are well-known for having high resale values. In fact, Kelley Blue Book, the well known and highly reputable automotive research company, recognized six Toyota vehicles as having the highest resale value in their segments at the most recent 2016 Best Resale Value Awards, including:

Toyota is a consistent front-runner at these awards and in 2012 won the Best Resale Value Award for their brand and vehicles’ ability to retain value over time.

Related: 16 Vehicles That Will Make You the Most Money

In May of this year, this technology was recognized with the New England Motor Press Association (NEMPA) Yankee Cup Technology Award, a coveted and highly respect accolade. In fact, in 2013 the brand won more IIHS Top Safety Picks  than any other truck or car manufacturer that year.

Toyota calls it ‘Integrated Safety Management’ (ISM) and it’s what keeps them ahead of the competition year in and year out. It takes into account the vehicle, the driver, and the environment, with the ultimate goal being optimal driving support based on the level of danger one’s in, in any given situation.

Even if you don’t know a lot about cars, you probably know Toyota is one of the most environmentally friendly brands you can buy.Toyota was the first to introduce the world’s first widely-available production hybrid vehicle in 1997 and since then, the brand has cultivated an impressive lineup of hybrids, including:

Even better? Toyota has made public their goal to have all their models be completely free of emissions by 2050. To date, the Japanese automotive company has sold 100,000 hybrid cars, crossovers, and SUVs in Canada.

Toyota’s awards page reads like a who’s who of industry accolades. In 2016, Toyota has won the SmartChoice Maintenance Costs Winner by IntelliChoice, the Corolla has earned a 2016 5-Year Cost to Own Award From Kelley Blue Book’s KBB.com and according to Polk, 80 percent of Toyotas sold twenty years ago are still on the market today.

It’s a proven fact Toyota’s were built to last. They are more durable, need fewer repairs and were designed to withstand wear and tear. Toyota’s CEO, Akio Toyoda says their employees’ dedication on the production line is what makes their vehicles so reliable.

“For much of Toyota’s history, we have ensured the quality and reliability of our vehicles by placing a device called an andon cord on every production line – and empowering any team member to halt production if there’s an assembly problem. Only when the problem is resolved does the line begin to move again,” says Toyoda.

If you’re shopping for a vehicle this year, Toyota is worth a good, long look. Their vehicles are affordable, durable, environmentally friendly and safe. Live in Drayton Valley? Shop Toyota here.

Own a Toyota? Thoughts, questions or comments? Leave them below!

16 Vehicles That Will Make You the Most Money More