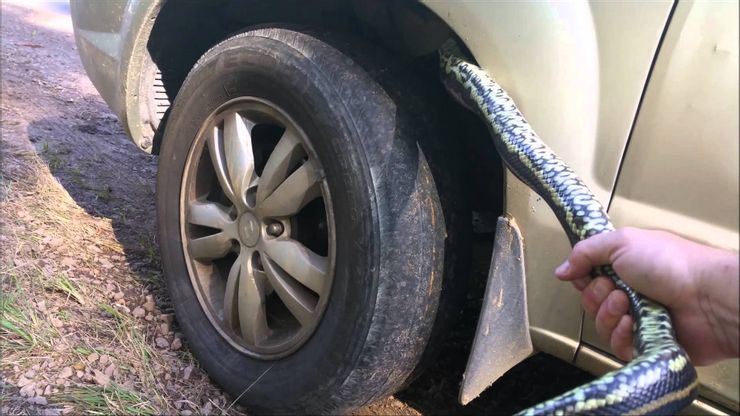 When you click on an article titled “12 Weird Things Mechanics Found During Service Appointments” you’re probably going in with the bar raised pretty high. At least, you should. The internet is weird on a good day, so when an article brands itself as weird, it better be able to back it up. Luckily for us, there was more than enough weirdness out there to make a list like this.

But we didn’t expect the kind of weird we ended up finding.

We thought we’d find embarrassing-weird, like a sex toy; gross-weird, like year-old food; even morbid-weird, like a bag of toenails. What we actually found was just … unexplainably weird.

1. The Baby Chucky Has Nightmares About

This doll somehow knows the day you’ll die. It probably won’t have anything to do with it, it just knows how it happens, which is somehow worse.

But seriously, why does this cursed guttersnipe even exist?

We’re probably better off not knowing the answer. Mostly because it doesn’t matter. Whether it’s a toy for a kid, or strange adult, or sacrificial ceremony, whatever the answer is, YOU DON’T WANT TO KNOW IT.

2. Taking #SubaruLife a Little Too Far

Let’s be honest. Is this some of the coolest $#!+ you’ve seen in a car? Obviously.

We’re holding out hope this isn’t just a sword hilt, and that there is a full-on katana sheathed in the console. Let’s refuse to investigate further and just live in a world where that version feels possible.

Style is always about finding that balance between what’s cool and what’s practical. But when something is so impractical that it could kill you, style becomes irrelevant. Like eating a hamburger bigger than your torso. Will you go down a legend? Yes. Does “go down” mean “you die” in this context? Also yes.

4. Genius and Madness Are Two Sides of the Same Coin

On the one hand, the creativity here is impressive. All the credit in the world for making the most out of a bad situation. But on the other hand, this is bat$#!+ crazy.

There is an actual Mr. Bean episode where he essentially does this exact thing. If something you’re doing is ever described as “Mr. Bean-like,” then you should probably think twice about doing that thing.

5. Taking Your Shop Into the Shop

Here’s hoping this person only drives on straight roads, because we’re not trusting those floppy tie-downs for one second during a turn. Not one second.

6. Apparently Tire Burls Are a Thing

In truth, this happens when a tire is underinflated, causing the tire to ride on the sidewall. The sidewalls are under so much rotational stress (and weight) that air gets through the cords of the tire, creating the bubbling effect. It’s a marvel that it hadn’t popped by this point.

7. So Close to Perfection

Let’s be clear: it is INSANE that this person didn’t just do a loop around the parking lot so they could pull their vehicle into the shop with a perfect 123456.7 odometer reading.

Everyone knows that when you have a particularly interesting odometer number, you make a wish, and that wish probably comes true. It’s science.

Unless this person plans on driving more than a million miles (to eventually get 1,234,567.8 mi), this was the last time they could have done a perfect 1-2-3-4-5-etc. number. Seeing as only about 20 cars have ever reached the million-mile mark, we’re going to a) assume they don’t make it there, and b) give the driver a big ol’ L on this one. Disappointing.

Intermission: Don’t Do This

We’ll call this an intermission because this is less of a “weird thing” and more of someone being “a nimrod.”

Don’t do this. Have respect for the people working on your vehicle. Don’t be this person. You’re better than that.

Back in the 80’s, a customer brought a Datsun into Colorado’s Independent Motors for a simple repair. When the tech opened the hood, they found something wrapped in aluminum foil wrapped around the exhaust manifold.

When they called the customer to discuss it, he said THAT’S HOW HE PREPARED HIS MEALS.

Not only that, but he was in the middle of writing a car-cooking cookbook. The service team was so intrigued they tried the guy’s “Denver to Colorado Springs Brisket” and, to their surprise, it was good.

Sadly, modern vehicles would prevent this from ever happening, given their more sophisticated access to exhaust manifolds. Technology gives and technology takes, friends.

First of all, allow me an applause break for that pun.

Second of all, I’ve heard of mobile homes before, but this is a bit extreme. Despite possums being timid, fairly harmless animals, there’s no chance that the tech didn’t open the hood, see this, and run for the goddamn hills.

(Sure looks cozy, though. The possum is giving off big time “could you close the door, I’m trying to sleep” vibes.)

There’s so much to unpack here: The audacity. The ingenuity. The gym teacher penmanship. The stars. The quotation marks. The apparent trust in the string method.

I love and hate all of it.

11. Even Better Than the Spaceballs Trailer

Imagine loving Spaceballs this much, or how many times a day a stranger takes a photo of their truck, or having to describe this truck in a police report, or how much it cost this person to do this, or how, at no point during what was no doubt an arduous application process, did they think maybe I won’t emblazon the back of my truck with Rick Moranis.

12. This Custom Work is Heavenly

They really should have put this nearer the catalytic converter.