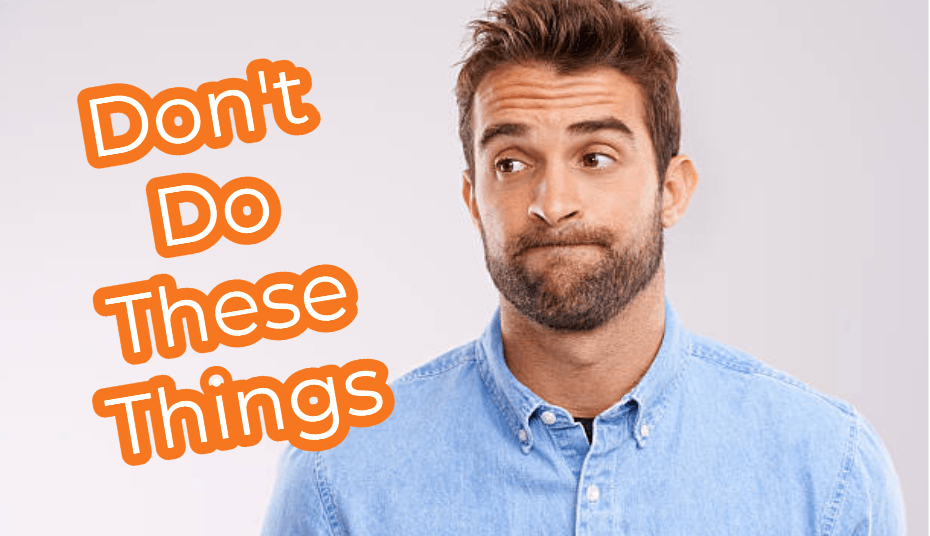 Conventional wisdom seems to be that a “good driver” is someone who doesn’t get into car accidents. Fair enough; that’s obviously the most important part of it. But in actuality, that person is simply a “safe driver.” A good driver is someone who protects both themselves and their vehicle from harm, and a huge part of that is avoiding the small, everyday bad habits that damage a vehicle over time. Death by a thousand cuts, if you will.

If you want to drive your vehicle for as long as possible, avoid these 13 driving habits that could be damaging your car.

1. Driving with Less Than a Quarter Tank

I had a license for nearly 20 years before hearing about this. Did you know that regularly driving your car with low fuel can be harmful? For both newer and older vehicles, to boot.

Firstly, many modern cars’ fuel pumps are inside the fuel tank. As a result, they are designed to be cooled and lubricated by the fuel in the tank. While your tank is low, the fuel pump isn’t being cooled/lubricated as much as it should, which increases the chance of it being damaged over time.

Secondly, with older cars that have steel fuel tanks, driving with less than a quarter tank can increase condensation, which then increases the potential for corrosion.

2. Hammering the Accelerator in High Gear

We’ve all been there, in the passing lane, probably on a bit of an incline, and our car just can’t … pass … the vehicle … ahead of us … fast … enough.

The trick? Shift down a gear first. It might sound counterintuitive, but here’s how it works.

When you’re in a high gear, your car is at low revs. So if you floor the accelerator while at low revs, your vehicle has to work that much harder. This places unnecessary strain on the engine.

If you shift down a gear before accelerating, this will allow the revs to rise before you hit the higher gear. Try it. It works. Especially if you have a heavier load, or you’re climbing an incline.

If you’ve never heard the term “dragging your brakes” or “riding your brakes,” don’t worry. All it means is to brake constantly while going down a hill. This wears out your brakes quicker than you might think, even on modern vehicles.

Instead of braking so much, change down a gear (or two) to allow your engine to control the speed, instead, applying light braking as needed.

This lets you release the brake and allows your brakes to cool. A cool brake is a healthy brake.

There are a few things you can do to help prevent overheated brakes. Rather than keeping your foot on the brake pedal as you drive down a hill or navigate through stop-and-go traffic, try:

This one seems obvious, but for SOME REASON it isn’t. Many drivers don’t seem to understand that speed bumps are designed to slow you down (LOL).

How fast are you supposed to go over a speed bump? If you’re driving more than 10 km/h over a bump, you’re going too fast. Seriously.

Driving too fast over a bump wears down your suspension. This means your shock absorbers, rubber bushings, and ball joints. Not only that, but it can throw off your wheel alignment. All of this stuff costs money.

Not to mention, speed bumps are there for safety. So, slow down, save yourself some future money, and keep everyone safe.

5. Not Stopping Before Shifting from Reverse to Drive

Since I scolded you for #3, it’s only fair I call myself out here. I’m guilty of this one several times a day. Every time I back up, mostly likely.

So, why’s this bad? The automatic gearbox is designed solely to shift gears. That’s it. But when you shift before coming to a stop, it forces the gearbox to also stop your car. That’s not a good thing. This causes excess wear and tear on the transmission, which is one of the most costly elements to mess with.

Note to self: Do better, me.

TL;DR: The most damaging thing you can do your vehicle is neglect it.

We shouldn’t go too far down this list without talking about the most important thing you can do as a vehicle owner: regular maintenance.

Does it ever feel good to pay for regular maintenance? Rarely. Is it actually cheaper in the long run? Absolutely. So not only is it better for your vehicle, it’s better for you wallet.

Servicing your vehicle according to your car manufacturer’s schedule (easily found online with a quick google) will maximize your car’s life and minimize the chance of an unexpected (and much more expensive) repair/replacement bill.

Hitting potholes, routinely, damages your car’s suspension, steering, and alignment. This damage is expensive to fix, and it also makes driving more difficult.

Stay alert. Drive as defensively as you can (while staying safe). Don’t cross lanes to avoid potholes, obviously, but if you can manage to avoid a pothole, do it. Future you will thank you.

Emergency stops happen. Every now and then you have to slam on the brakes. Things happen. But when they do, isn’t it nice when your brakes respond as quickly as possibly?

To make sure they continue to do that, avoid hard stops when you can. Don’t take your brakes for granted! A slower, controlled brake before a stop puts less strain on the brakes, which means less wear on the pads and discs.

It is far better for drivers to look ahead and anticipate, slowing the car smoothly and gently.

9. Resting Your Hand on the Gear-stick

Is feeling cool worth the price of a crappy transmission? It’s an age-old question!

Sorry if this is a bummer to hear, but lazily draping your hand on your gearshift is actually a bad habit. The gear-stick is connected to something called a selector fork, which makes contact with a rotating collar for a short amount of time.

So, by resting your hand on the gear-stick you’re applying added pressure to the selector fork, causing premature wear.

Riding the clutch—keeping it partially depressed—is a really bad habit. This is one of the worst on this list because that’s truly what it is, a habit. Something you should be able to fix pretty easily, but it’s not that easy because, well, it’s a habit! They’re hard to break.

Work on fixing this one, though. Riding the clutch lowers the amount of control you have over your vehicle. It also speeds up the natural wear and tear of your clutch. The effect is predictable: you’ll have to replace your clutch more frequently, costing you money and time.

If you don’t drive a manual vehicle (which is becoming more and more common all the time), then you don’t need to worry about this one.

But if you do drive a manual, this is a big one.

Another bad habit for manual transmission users is skipping gears while shifting. Occasionally doing this isn’t the worst thing, but if this becomes a habit, it’s a problem.

If you grind gears routinely, you’re wearing out your transmission way more than you otherwise would.